Endless vast fields of bright orange poppies…
More spectacular than in my wildest dreams…
the California Superbloom will forever be
a fantasy come true for this wildflower & nature lover!

If you love flower fields, you may have heard about the Spring poppy fields in Southern California. During Superbloom years, they’re so popular that they create major traffic jams near popular areas in the L.A. area even! Many people, including myself, drive hundreds of miles to see these amazing flower fields full of bright orange California poppies for themselves.

During the first Superbloom season that we were aware of (in 2017), Ken and I drove from the San Francisco Bay Area to Southern California on a Superbloom road trip that also included a stop at the Carrizo Plain National Monument, where we saw spectacular fields of yellow and orange wildflowers! Since the poppy reserve at Antelope Valley is known for fields of bright orange poppies (which are one of my favorite flowers!), I had high hopes for our visit!

What we saw when we arrived was like a scene out of a fantasy film… vast endless fields blanketed with golden orange poppies as far as the eyes can see… it was shocking and it was spectacular! Despite all the pictures we had seen beforehand, there is nothing like experiencing the Superbloom in person! We were both stunned by the endless fields of poppies that we saw there on that bright and beautiful mid-April day. It was truly a beautiful and amazing sight and we simply could not believe it was real!

The Superbloom in California

According to Wikipedia, “A superbloom is a rare desert botanical phenomenon in which an unusually high proportion of wildflowers whose seeds have lain dormant in desert soil germinate and blossom at roughly the same time. The phenomenon is associated with an unusually wet rainy season.”

A Superbloom of Spring wildflowers in California happens rarely, only after a particularly wet winter, and usually in the desert areas near San Diego and Walker Canyon / Lake Elsinore. Some years, however, the Superbloom spreads north, to the remote Carrizo Plain, and to the Antelope Valley California Poppy Reserve and surrounding areas. In 2017 and 2019, these areas were literally covered with bright orange, yellow, white and purple wildflowers as in a flower-covered world!

For current wildflower conditions and outlook for the Southern California parks, check out the California State Parks Wildflower Bloom page. There’s even a webcam for the Antelope Valley California Poppy Reserve!

The Superbloom typically doesn’t reach this level in Northern California, but if you live in or visit the San Francisco Bay Area in the Spring, check out the poppy fields at Mt Diablo State Park in the East Bay! There are poppies and other wildflowers there nearly every year, along with spectacular mountain-top views!

By the way, if you love flowers as much as I do, you might be interested in my post on the Most Beautiful Flower Books – it’s one of my most popular posts!

Our Trip to Antelope Valley

Since we don’t get to experience the Superbloom in the S.F. Bay Area where we live, I knew we had to drive to Southern California to see this phenomenon for ourselves! After a stay in Bakersfield following our successful trip to see Superbloom wildflowers in the Carrizo Plains, Ken and I set out for the nearby Antelope Valley Poppy Reserve early the next morning to continue our California Superbloom road trip.

Our destination was the Antelope Valley California Poppy Reserve in the city of Lancaster, located approximately 1.5 hrs north of Los Angeles. As we approached the reserve, we saw that a field next to the reserve had dense clusters of bright golden orange poppies with a number of other people there also, so we decided to stop and wander for a bit and take some pictures. The next thing we knew, a couple of hours had passed already, and it had been almost four hours since we started our trip! What happened?? I guess time flies when you’re entranced with endless fields of gorgeous poppies!!

As it turns out, we spent so much time at the smaller poppy fields on the way to, and just outside of the reserve that we never made it inside the actual reserve by the time we got hungry for lunch and had to continue our trip to Los Angeles!

But even if we didn’t get to go inside the actual reserve, we were very happy that we still got to see the spectacular Superbloom poppies of the area. Some people that we met at the field actually told us that the poppies there were even more dense than those inside the reserve, so I’m happy to know that we didn’t miss out!

If you’re looking for more California Spring travel ideas, check out my posts on the Most Beautiful Spots in Big Sur, the Purple Ice Plants of the Monterey Peninsula, the spectacular Flower Fields of Carlsbad Ranch, the Poppy Fields of Mt Diablo State Park, and the beautiful Spring Peach Blossoms in the East Bay!

All of my California travel posts are here!

If you love nature, wildflowers and exploring as much as I do, then I think you’ll love these books from Amazon too!

Get Ready for Spring Gardening! 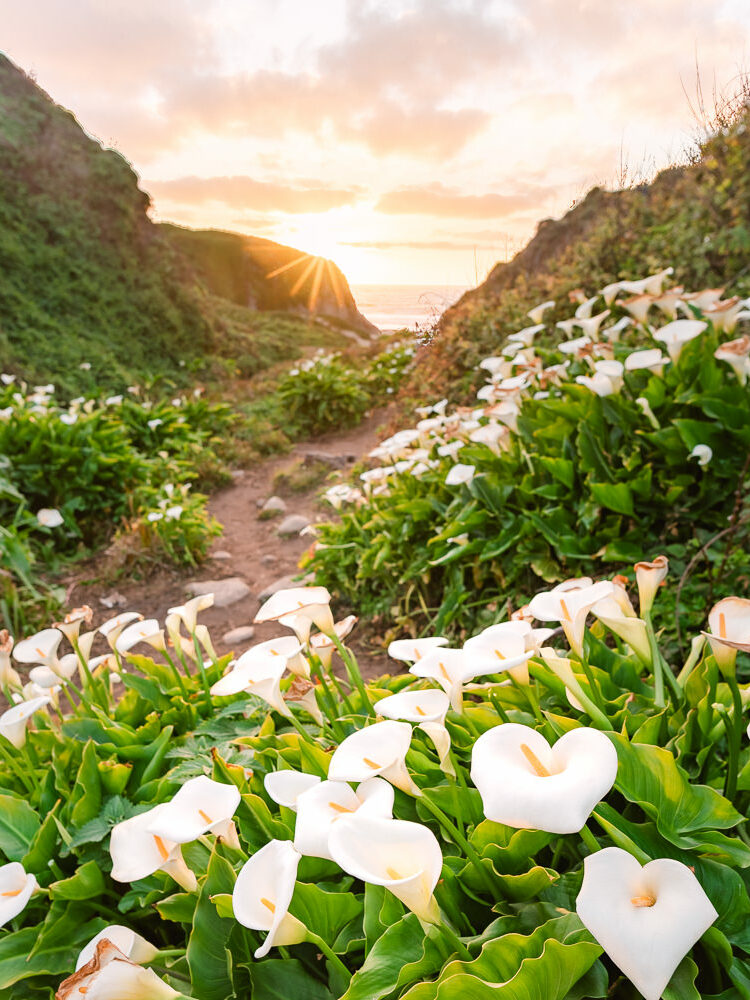 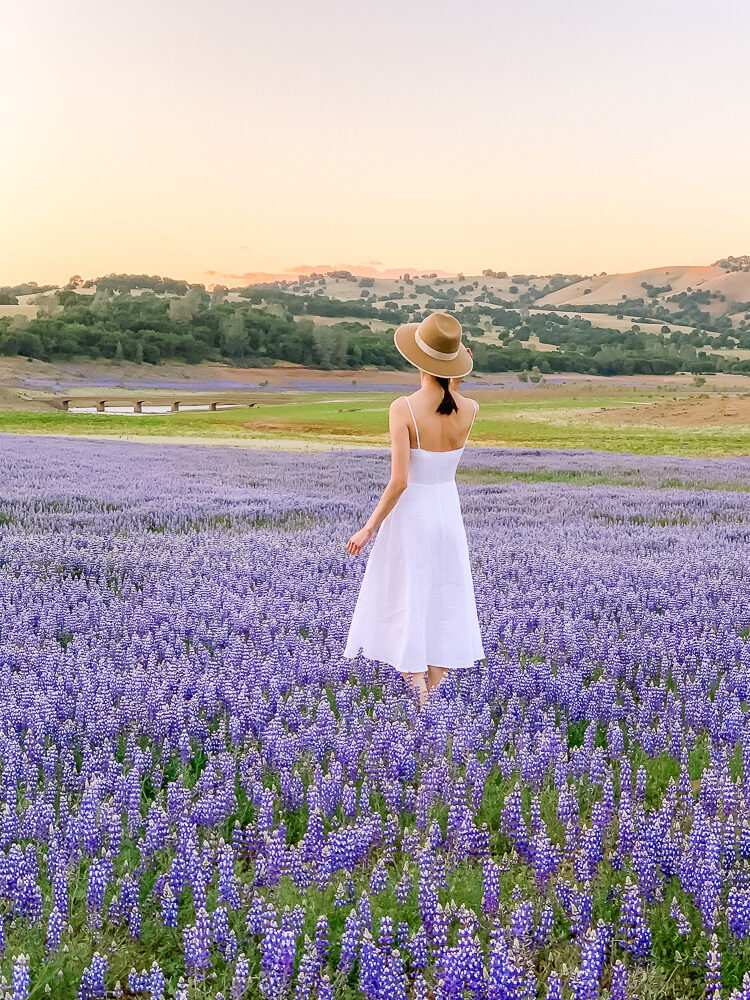 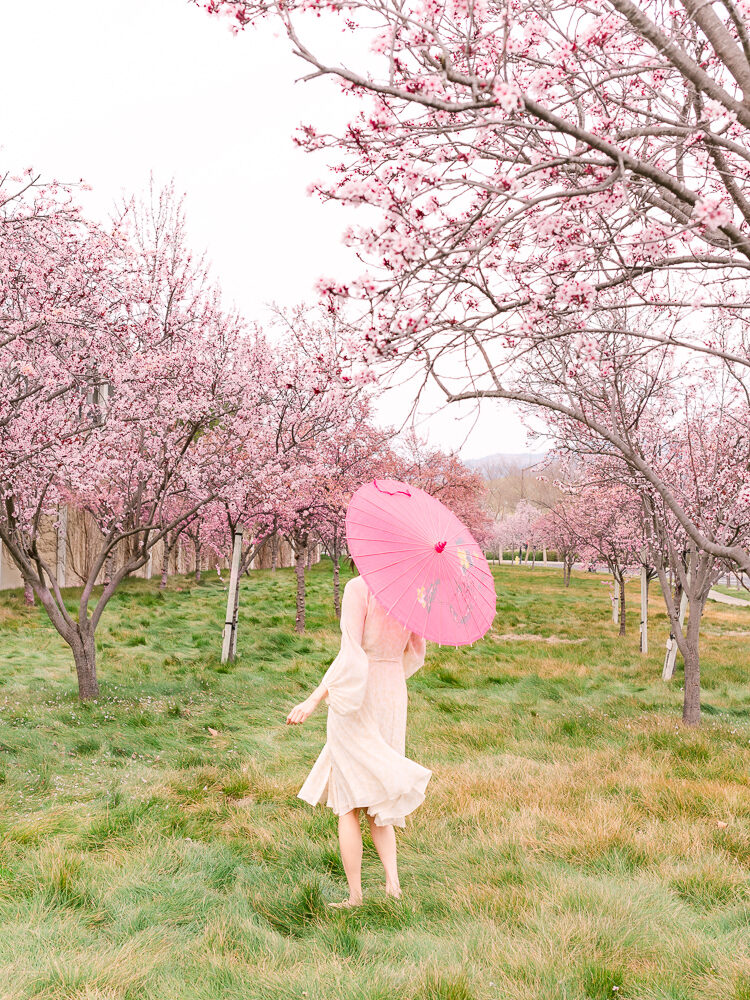 Where to Find Cherry Blossoms in the Bay Area 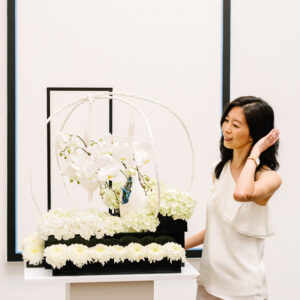 Bouquets to Art at the DeYoung Museum in San Francisco